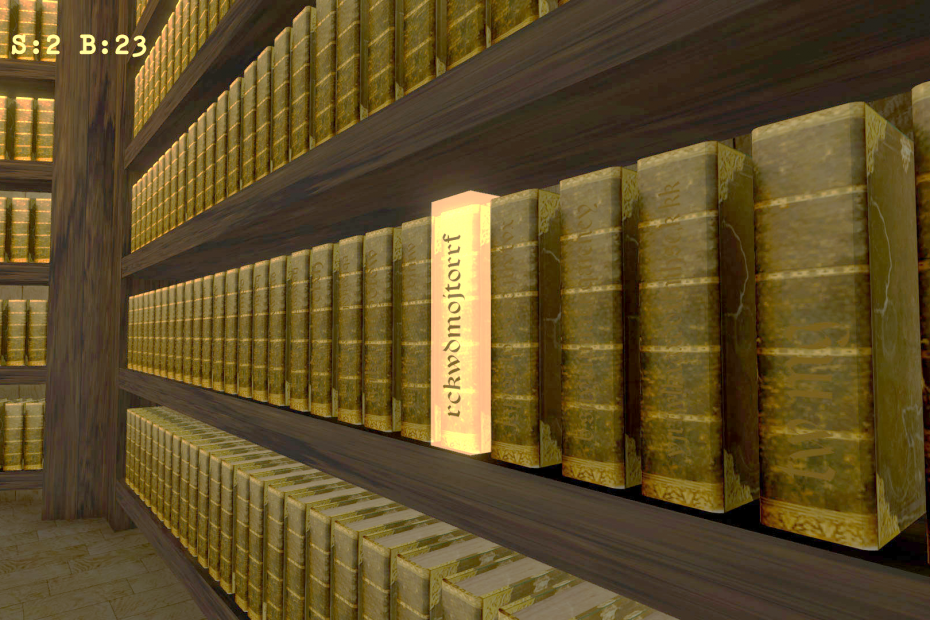 “The universe (which others call the Library) is composed of an indefinite, perhaps infinite number of hexagonal galleries.”

― Jorge Luis Borges, quote from The Library of Babel (https://en.wikipedia.org/wiki/The_Library_of_Babel)

A library of aptamers is like a library of books. They both contain strings of information in code. For aptamers the code consists of four symbols, the four nucleotides possible at each location. In a book, the code consists of the letters of the alphabet where each letter is possible at each position. Jorge Luis Borges “The Library of Babel” expressed the beautiful idea that a library could exist that was filled with all possible combinations of the code in separate books would be enormous but not infinite. As such all existing books ever written and all books ever to be written would be contained in the library.

An aptamer library is similar in that all possible sequences of a certain length can be contained within a finite number of sequences. But what makes a book interesting, what makes it something other than gibberish and the same for an aptamer sequence, what makes one aptamer sequence useful and another meaningless? In a book the code has to result in words that are arranged in sentences that form paragraphs that express something with meaning. In an aptamer library this meaning is expressed in the shape that the sequence imparts to the molecule. The meaning of this shape is manifested in its ability to bind specifically to another molecule.

How many molecular shapes are there in blood for an aptamer to bind to? How large is the epitopiome?   If we start with one gene = one protein, then we have a base of approximately 20,000 different proteins. To this base we need to add alternative splicing, post-translational modifications, sequence divergence, cleavage due to degradation, alternative folding patterns, complexes with other proteins and complexes with metabolites. Let’s be generous and say that there must be at least 100 different epitopes on average per protein, and 1,000 different protein configurations. This means that the size of the possible epitopiome is 2 x 109. A naïve aptamer library consists of 1 x 1015 sequences, thus an excess of 50,000 fold over the number of possible molecular shapes in blood. It should be kept in mind that to date only a little over 1,000 human proteins have been quantified. There is so much that remains unknown.

The potential exists within a naïve aptamer library to characterize all the molecules in blood simultaneously. The question is how to unlock this potential. At our company in Paris, NeoNeuro (www.neoneuro-aptamers.com) we have applied FRELEX selection with naïve aptamer libraries against a pool of plasma from individuals with a pathology coupled with negative selection against a pool of plasma from individuals without the pathology. FRELEX enables this because it enables selection against molecules in their native free state by obviating the need for target immobilization. This selection process results in the exponential amplification of the copy number of aptamers that bind to molecules that are proportionally more abundant in the pathology affected plasma. As such, the selection process, and in particular the PCR amplification after each selection round normalizes for differences in the abundance of target molecules. With FRELEX we are screening all molecules in blood for their potential utility as biomarkers of a specific disease.

At NeoNeuro we have used this approach to characterize a subset of aptamers that we call Aptamarkers™ to predict brain amyloid deposition, a key risk factor for Alzheimer’s disease. With financial support from the Alzheimer’s Drug Discovery Foundation, we are currently validating the predictive power of these Aptamarkers™ on samples from 400 Australian individuals through a collaboration with the AIBL cohort. We are now ready to expand this application into other diseases and welcome enquires at info@neoneuro-aptamers.com. With the Aptamarker™ platform we are digitizing the information contained in blood into a quaternary code that can be easily read with next generation sequencing.

The Library of Babel contains so many books that have yet to be written. The idea that all human ideas represent a finite space is somewhat depressing, but fortunately even with the world wide web, we are nowhere near filling this space yet. The same is true for our understanding of human physiology and the subtle mechanisms that have evolved to maintain wellness in the face of entropy and active attacks by pathogens. Tools like FRELEX and the concept of Aptamarkers™ are like discovering a guide to where the meaningful books are in a library filled with unreadable information.

Please contact us if you are interested in obtaining a library card to help in your search for knowledge.